Stand Out on Video with Confidence

Are you confused about how to Stand Out on Live Video?

There's a lot of confusion about what equipment to buy, how to set it up, what your background looks like, what to say, how to say it without being boring, and how to go live without having technical problems. And what about how to go live on Facebook, Zoom, Youtube, or Linkedin. I get it! I've been there & I've heard these types of comments from so many speakers, course creators, presenters, and experts who speak (but never had to be a video producer or on-camera talent).

I can help you get past all your fears and show you Step-by-Step the What, Why, & How

to Stand Out on Video w/Confidence every time YOU Go Live!

Let me help you Master the Four Areas of

Live Video Confusion so you can Stand Out like a Video PRO in virtual meetings, course training, keynote presentations, live shows, & video podcasts!

Too many choices of what to buy are confusing. I'll show you what you should buy, how to set it up, & how to design your "home studio" so you can Stand Out on Video!

Most people are not comfortable speaking on video, but I can show you how to look & sound great presenting with confidence. I can also teach you TV camera skills that will have you Presenting like a Pro on Live Video!

Using graphics, presentation slides, lower 3rds, overlays, and production software can make your presentations Stand Out. But you can get lost in the how-tos and, there's a big learning curve to get it right. I can show you a simple process to create graphics with software that will wow your viewers. Plus, I have pre-made templates that Stand Out too!

Successful TV series are written with a proven Script & "Run of Show" Formula. The same can be said for how we SHOULD produce our video shows & live presentations. THINK TV, NOT A SPEECH! I can show you the exact formula to take you from being an average presenter to Presenting like a Rockstar! 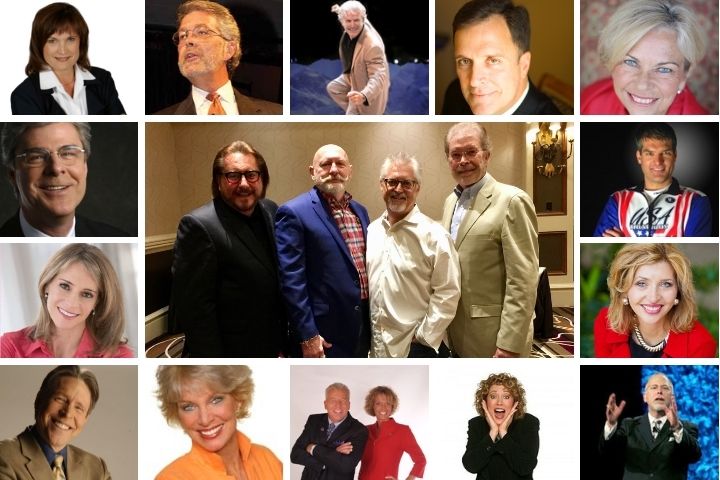 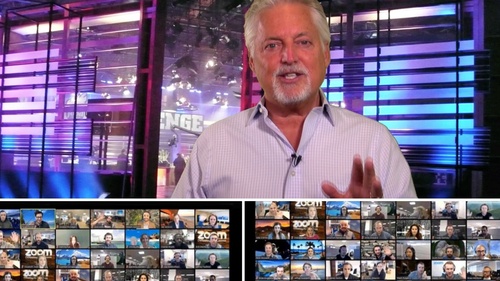 6 Ways to Stand Out w/Confidence Every Time Your Present to Wow, Woo, & Win Your Customer & Close More Sales!

You thought you were good? Wait until Robin Creasman gets his hands on your footage. Robin’s ability to package your video and send you out into the world as the best speaker you can be is truly remarkable.

He will find jewels in your videos that you didn't realize were there, and he will add those elements to your already existing A-list material to make you shine. When it comes to editing, Robin's outstanding work ethic, talent, professional experience as a television and music producer and knowledge of the speaking industry is a combination that simply can’t be beat.

The investment I made paid itself back five-fold in a matter of weeks. To boot, Robin is one of the nicest and most generous souls you will ever meet… one of my closest pals. What more could anyone ask for.

Robin, I want to thank you for the coaching day we spent together in re-crafting my presentation. I’ve been in the speaking business for almost ten years and felt I needed help in taking my content to the ‘next level.’

I can say without reservation that the day I spent with you has been the best investment I’ve made in my business. You helped me to look at my content in a whole new way, and succeeded in moving me out of my comfort zone. After our day together, I was excited and confident that this new approach was solid.

Well, now after delivering the speech several times, I’m more excited than ever. The audience response has been fabulous, and I know I’m having a greater impact on the participants. Thanks so much for your insights, Robin – and also for making the coaching fun.

"Somehow, the words ‘thank you’ just don’t seem like they’re enough.  I have never received as many compliments and enthusiastic appreciative comments as I did from my peers for bringing the rock star panel to the NSA Rocks main stage.

The session was masterful; many believe one of the best ever at an NSA convention.  And you were the reason it rocked. My favorite moment of the entire weekend was when Kevin walked out singing Take It On the Run.

NSA has never had a moment like that, and it will never be equaled. Like that would have ever happened without you and your subtle suggestion in the green room.  I watched a real pro at work, and I am deeply indebted to you, buddy.

Thank you from the very bottom of my heart, Robin.

Your lifelong friend and fan."

for Professionals who Speak Live on Video

If you want to Stand Out on Video every time you GO LIVE, taking one of my mini-workshops or courses is the right place for you. My teaching style is fun, engaging, informative, & interactive. You'll leave each session with a positive feeling, enlightened, and excited to get started on your task at hand. You can also join my membership, GoLive Video Academy, to learn more about how you can Stand Out, Grow Your Influence, and Close More Sales! 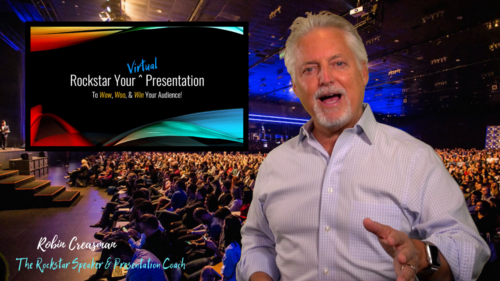 Hi, I'm Robin Creasman. I teach presenters, course creators, & professionals who speak how to Stand Out on Video with a Rockstar Presentation to wow, woo, & win their audience, grow their influence, & close more sales.

Early in my career I was recording artist for USA Records with my band Backstreet and shared the stage with a number of top 80s pop/rock bands. And as a bit of trivia, in our early days we were featured on Ed McMahon's TV Show "Star Search," but lost the $100k grand prize to the country band, Sawyer Brown. :-(

But much of the last 15 years I've spent my time as an international keynote speaker, video producer, & presentation coach to over 140 professional speakers & performers teaching performance strategies from the world of music & television on how to rock your presentation, wow your audience, & deliver a rockstar experience every time you speak, train, or entertain, whether it’s live on stage or live on video.

Let me help YOU STAND OUT to WIN!

END_OF_DOCUMENT_TOKEN_TO_BE_REPLACED

Are You A Rock Star Speaker?

Imagine, youâ€™ve been asked by a meeting planner to present your flagship keynote END_OF_DOCUMENT_TOKEN_TO_BE_REPLACED

Do You Stand Out or Blend In?

Every year there are over 15,000 new songs released to pop radio from END_OF_DOCUMENT_TOKEN_TO_BE_REPLACED

to get on the list to be notified when my Stand Out Go Live Mini-Workshop Opens.

to Stand Out w/Confidence Every Time You GO LIVE!

a Producer's Guide to Look, Sound, & Present Like a Pro on Video!